Who was Ahmaud Arbery, the Black man whose killers were found guilty of murder in Georgia?
Skip to content 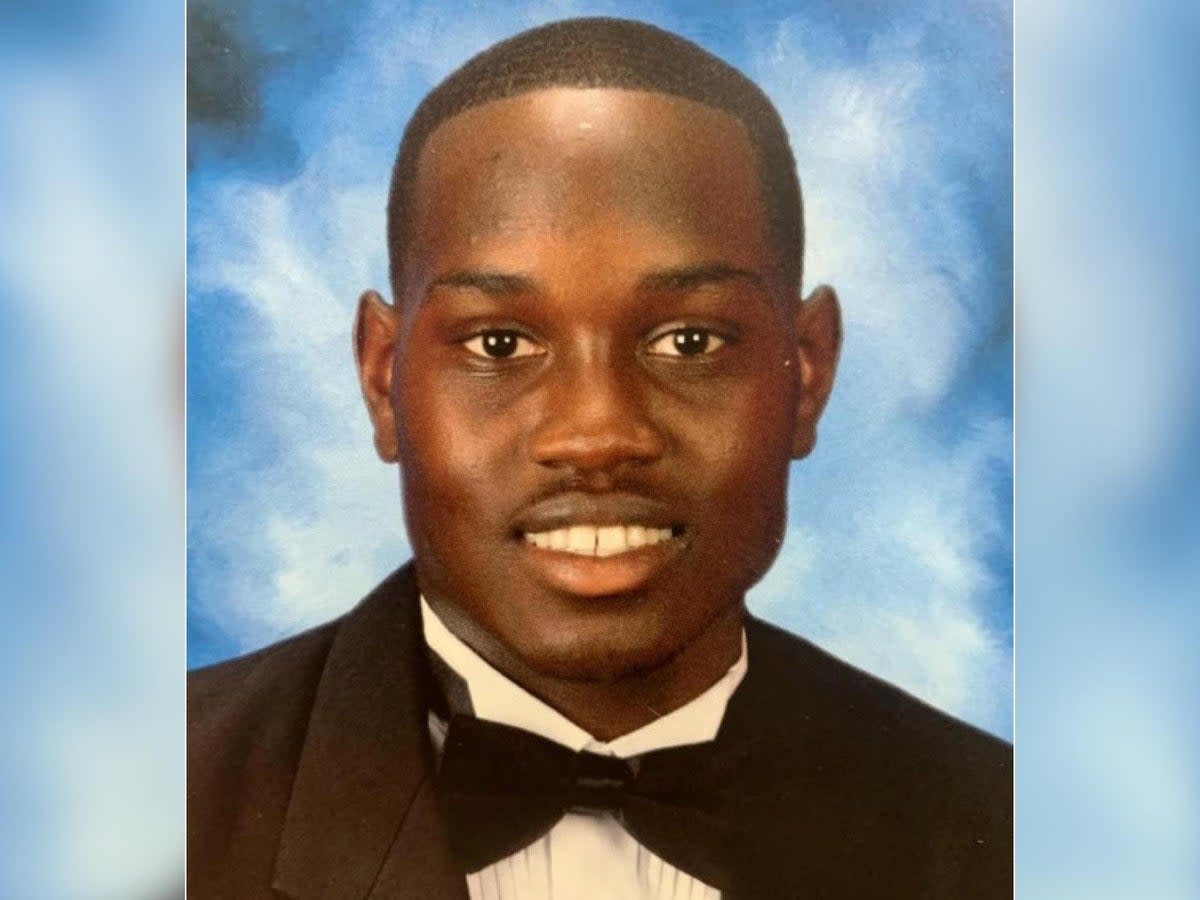 Who was Ahmaud Arbery, the Black man whose killers were found guilty of murder in Georgia?

Three white men were sentenced to life in prison for the murder of Ahmaud Arbery, a 25-year-old Black man who was killed in February 2020 while jogging through a neighborhood in Georgia, sparking a nationwide outcry.

One of those men Travis McMichael, was sentenced to another life term in prison plus 10 years for a federal hate crime on Monday.

It was ruled that he must serve the sentence in the custody of the state of Georgia, despite worries that other prisoners could impose a “backdoor death penalty”.

US District Judge Lisa Wood rejected the 36-year-old’s request to be sent to federal custody because of safety concerns, saying that he can’t choose where to serve his sentence.

“I do deny that request, and turn instead to the rules that apply,” Judge Wood said, citing that the state of Georgia was the first to charge, try, convict, and sentence McMichael.

Sentencing hearings for the other two men are set to take place later on Monday.

McMichael’s lawyer Amy Lee Copeland told the court on Monday that the 36-year-old has been the target of hundreds of threats and could be harmed if sent to state custody.

“I’m concerned that my client faces an effective backdoor death penalty,” she said.

“I understand the rich irony, judge, of expressing that my client will face vigilante justice himself,” she added.

The case, along with the murder trial of Kyle Rittenhouseis one of the most high-profile legal actions to emerge from 2020’s racial reckoning.

Here’s what you need to know about Mr Arbery, and the case against his killers:

Who was Ahmaud Arbery, and what happened to him?

Ahmaud Arbery, 25, was described by friends and family as an avid athlete and hip-hop fan. On February 23, 2020 the former linebacker for the Brunswick High School Pirates, who had once dreamed of playing pro football, set off for a jog through the neighborhood of Satilla Shores, near Brunswick, Georgia.

As he continued on his run, he was spotted by Gregory McMichael, 66, Travis McMichael, his son, 35, and their neighbor William “Roddie” Bryan, 52, who mistakenly believed Mr Arbery was responsible for a number of break-ins in the area, including in a vacant home under construction. The trio, all white men, began pursuing Mr. Arbery in their truckswith the McMichaels armed with a pistol and a shotgun, and Bryan recording a video of the chase on a cellphone.

Eventually, they tried to corner the jogger using the vehicles. Travis McMichael and Ahmaud Arbery got into a physical confrontation, and McMichael shot him three times, killing him.

How did the police investigate the shooting, and when was the video released to the public?

Local police did not make any arrests in the case for three months. Body camera footage later released to the public shows the first officer on the scene ignoring Mr. Arbery, still clearly alive and lying on the ground in pain, and instead speaking with the McMichaels and Bryan. A second officer on the scene eventually arrived and pronounced the jogger dead. None of the men were detained.

In May 2020, video footage of the men chasing Mr Arbery in their trucks leaked to the public, prompting the Georgia Bureau of Investigation to take over the case and resulting in arrests shortly thereafter. George Floyd was murdered in Minneapolis a few weeks after the video became public, and both men’s deaths helped fuel the nationwide racial justice protests of 2020.

What were the charges against the McMichaels and William Bryan, and how much prison time do they carry?

All three were sentenced to life in prison on the state murder charges in November of last year and convicted in federal court in February of this year for violating Mr. Arbery’s right to use a public street because of his race.

The federal jury also found the three men guilty of attempted kidnapping and the two McMichaels were found guilty of violating gun legislation.

How long will the killers be behind bars?

On January 7, Travis McMichael and Gregory McMichael were sentenced to life without the possibility of parole, meaning they will die behind bars for Mr. Arbery’s murder.

Bryan was sentenced to life with the possibility of parole after Judge Timothy Walmsley said he believes he “stands in very different shoes” to the McMichaels.

All three faced mandatory minimum sentences of life in prison for their murder charges.

But the judge was to decide whether or not they would face the possibility of parole.

Even with the possibility of parole, Bryan will not be eligible for release for at least 30 years under Georgia law.

Bryan will be 82 years old at his earliest opportunity of freedom while the McMichaels will spend the remainder of their lives in prison.

What were the main arguments in the Ahmaud Arbery murder trial?

Mr Arbery’s family has argued that the killing is a “modern-day lynching“, and that Ahmaud, who wasn’t armed or the suspect in any local break-ins, didn’t deserve to die. Prosecutors argued during the trial in Glynn County, Georgia, that contrary to their claims, the McMichaels in fact knew Mr. Arbery wasn’t accused of any break-ins.

“I don’t think the guy has actually stolen anything out of there,” Gregory McMichael told investigators after the shooting. Police also warned the men before the shooting that Mr. Arbery was not accused of taking anything from the home under construction.

The men also told police that Mr. Arbery was “trapped like a rat” as they chased him, and that Travis McMichael called him a “f***ing n****r” as he stood over Mr. Arbery’s bleeding body, according to Mr. Bryan.

“There is no question that race is a central part of this case and has been from the very beginning,” Brandon Buskey, director of the ACLU’s Criminal Law Reform Project, told The Independent at the start of the trial.

The McMichaels and Mr. Bryan, meanwhile, argued they were trying to make a citizen’s arrest using a slavery-era Georgia lawand that they had a “gut feeling” Mr. Arbery was responsible for break-ins in the area, even though there were no reports of break-ins in the neighborhood during the seven weeks prior to the shooting.

Mr Arbery, along with multiple others, had been recorded walking through a home under construction with area, although its owner said Mr Arbery didn’t take anything from it. It was during one of these wanderings that Travis McMichael said he came “face-to-face” with Mr Arbery, and interpreted the 25-year-old putting his hand into his pocket as a sign he was armed. (Mr Arbery was unarmed when he was shot and killed.) Mr McMichael said his training in the US Coast Guard had taught him to “get compliance” by using guns to “de-escalate the situation”.